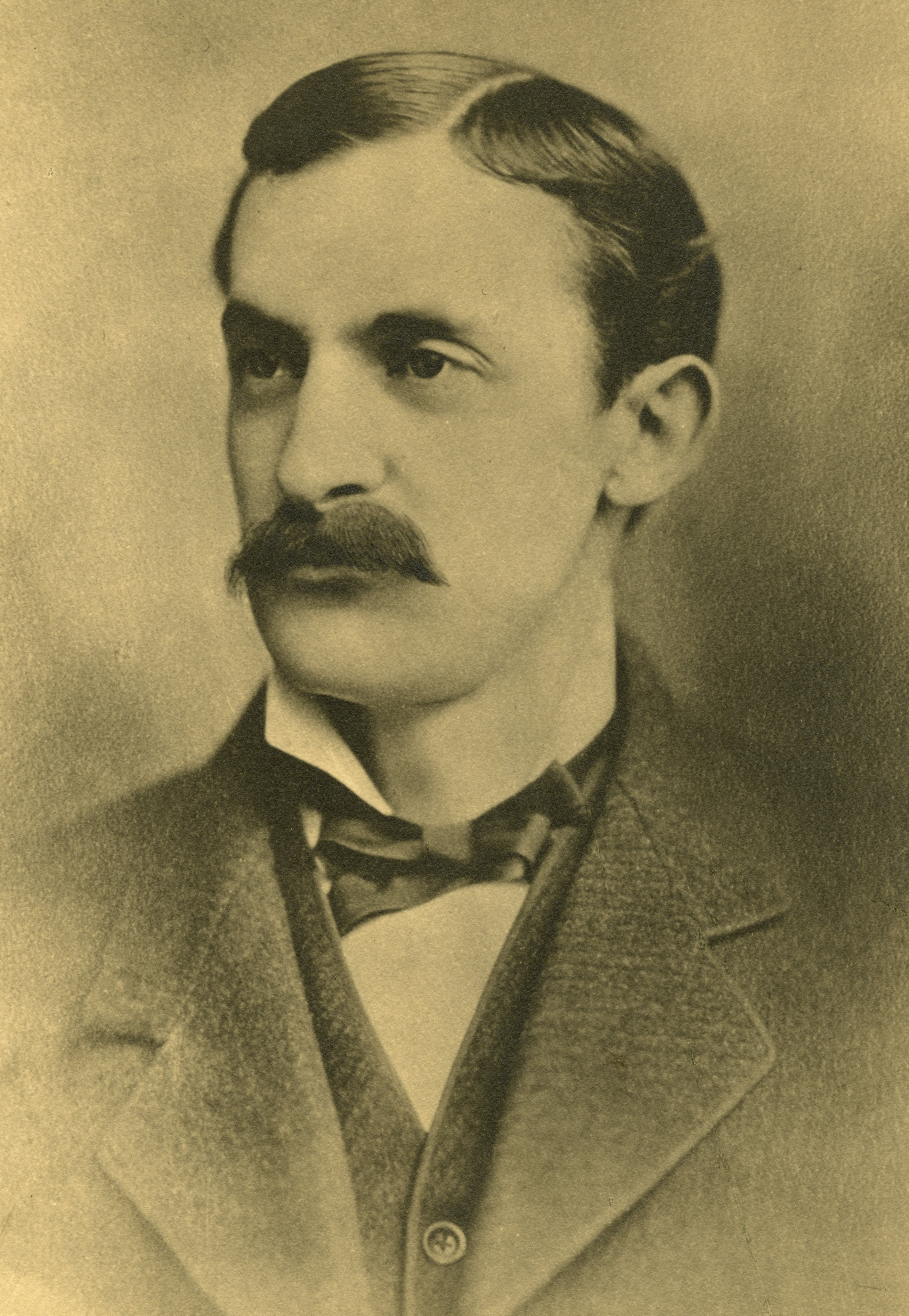 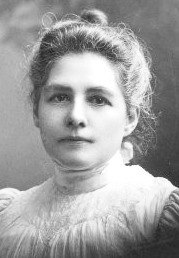 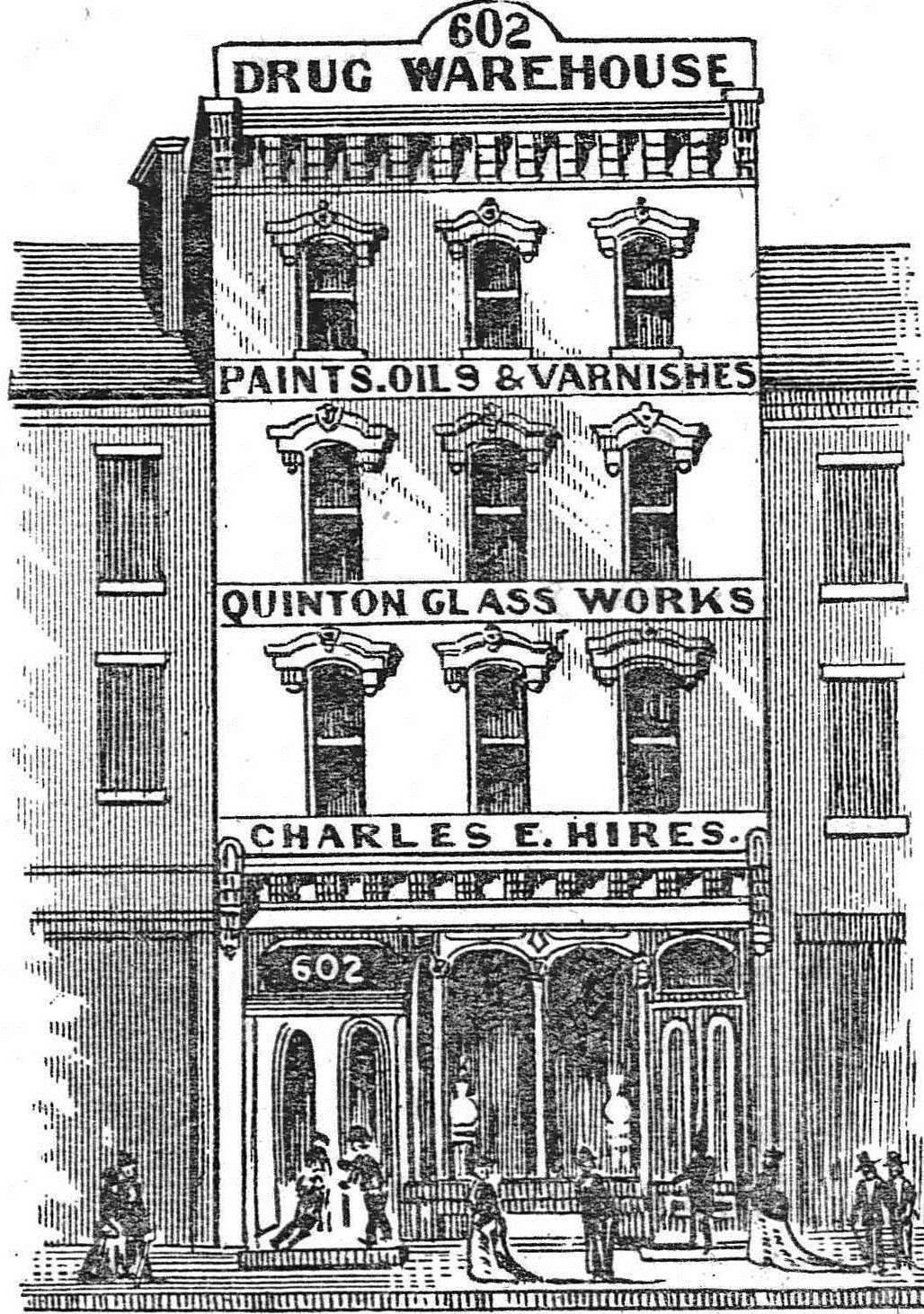 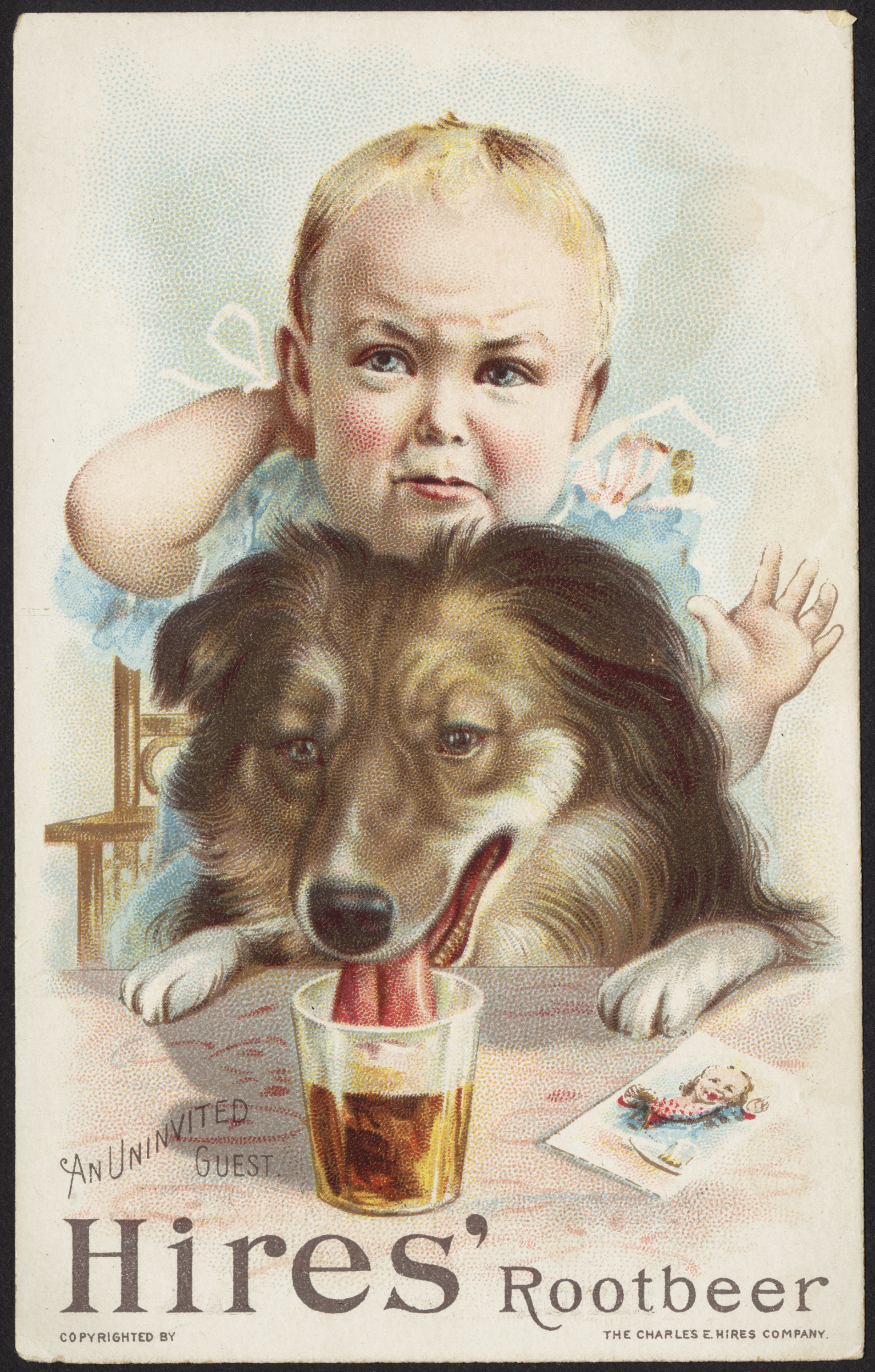 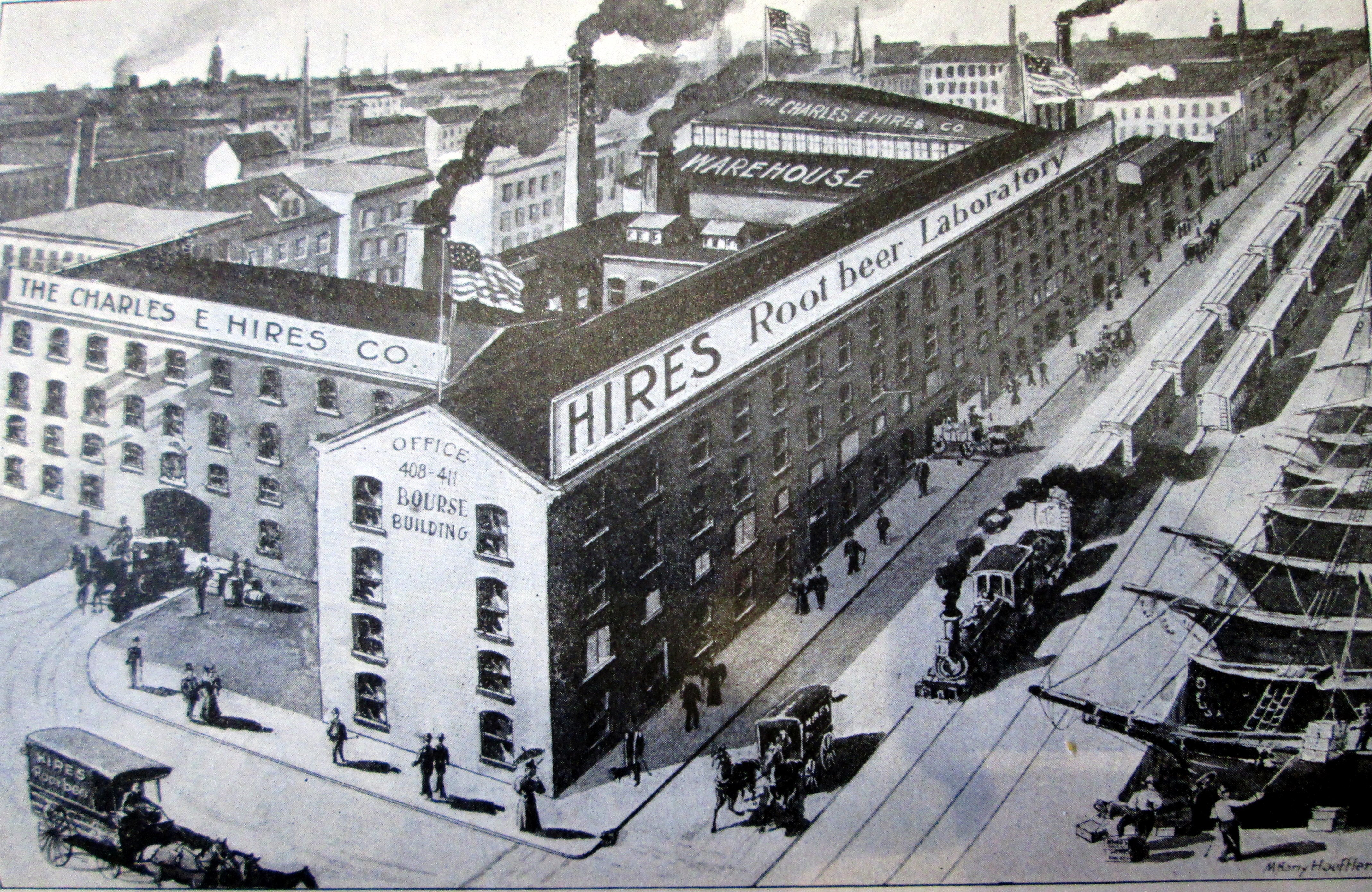 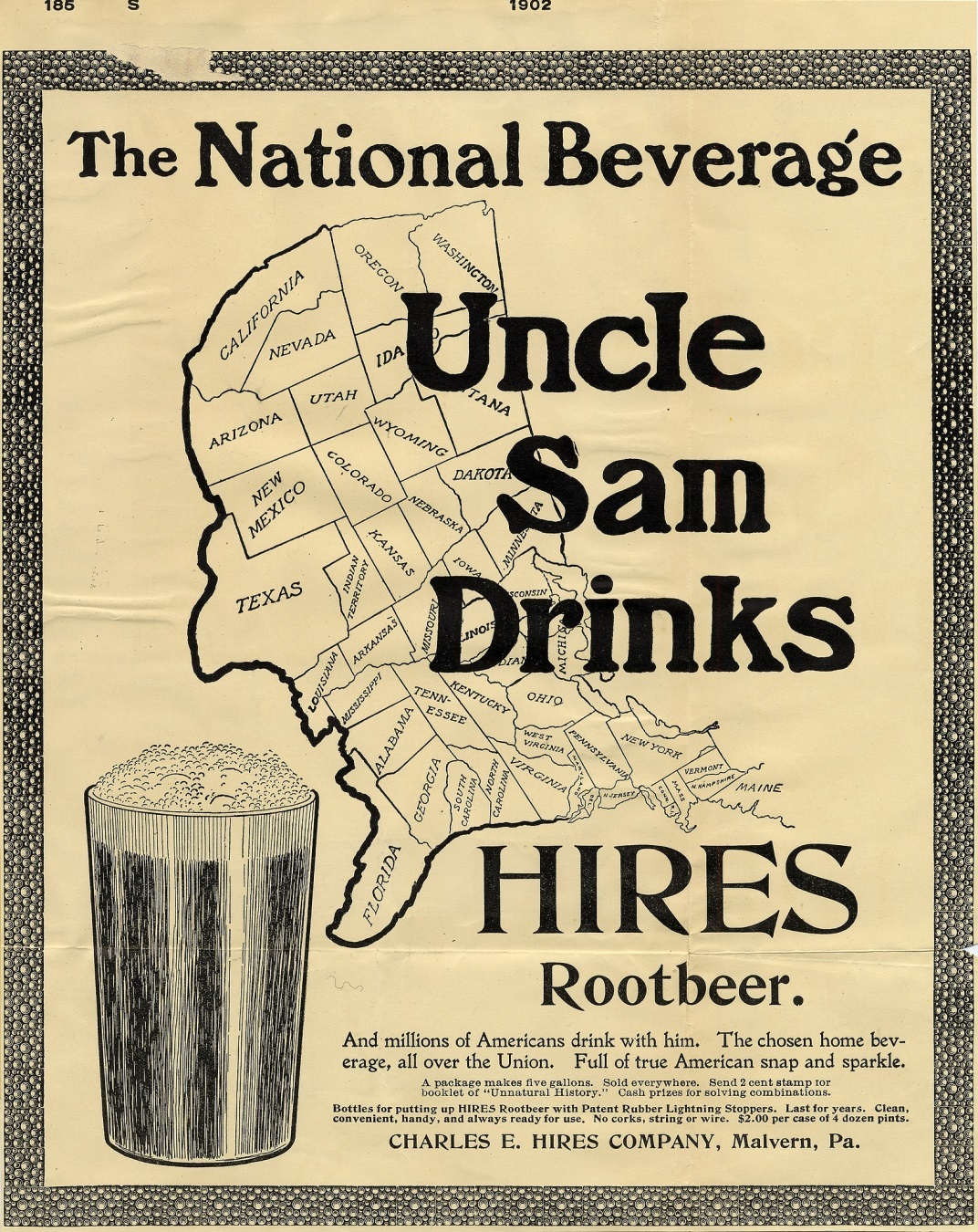 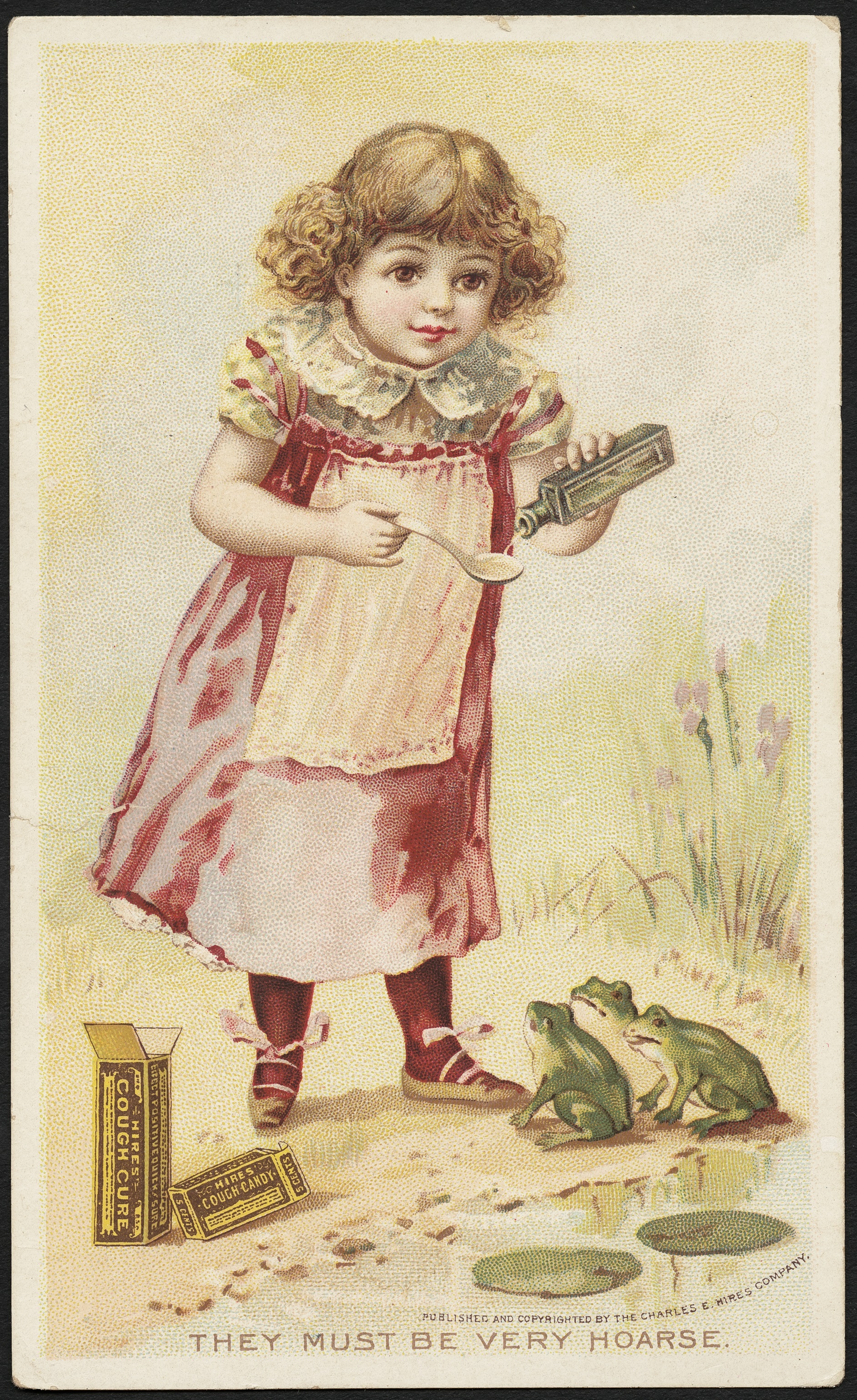 Charles Hires and the Drink that Wowed a Nation

Nineteenth-century America was for many a land of possibility, where a lad of humble origin through wits, initiative and a little good luck might achieve the pinnacle of wealth and influence. Horatio Alger celebrated their rags-to-riches flights in dozens of novels.

Charles Hires' precocity may indeed have impressed the novelist. After leaving home at age 12, Hires completed his drug store apprenticeship four years later. By age 21 he had saved enough money to open his own pharmacy in Philadelphia. Five years later he sold that store to found what would become a prosperous business wholesaling drugs and botanical products.

When only 25, Hires introduced to the world a drink he discovered and painstakingly perfected. Hires' Root Beer would become a national favorite. At age 39 he incorporated the Charles E. Hires Co., for many years the world's largest root beer maker.

The young druggist's career path took a fateful turn, while on a farm vacation with his recent bride Clara Kate in 1875. Their hostess served the prim young couple a tea brewed from roots, bark and berries she had foraged. Smitten with the drink's flavor, Hires returned to Philadelphia with its recipe in his pocket.

Reformulated, refined and renamed, the concoction that emerged from Hires' soda fountain was an early convenience food. No longer would housewives have to gather and process a slew of ingredients to prepare a refreshing beverage for their families. A 25-cent box of Hires extract, when combined with water, sugar and yeast, yielded five gallons of effervescent root beer.

Hires introduced the drink at the 1876 Centennial Exhibition and tentatively began to promote it with one column by one inch newspaper ads.

For the next 10 years he poured every penny of profits from his drug business into root beer advertising. After a modest start, sales surged with astonishing momentum. Newspapers, magazines, trade cards and billboards, all were fair game for Hires' ad blitz. Hires' unprecedented advertising campaign built his little-known root beer extract into a nationally known brand.

Launched 10 years before Coca-Cola, Hires Root Beer blazed the trail for development of the American soft drink industry. Hires' success was not primarily due to the superior ingredients or distinctive flavor of his beverage. Neither did Hires, as some have claimed, invent root beer. The drink had existed since Colonial times in America and earlier in Europe. Charles Hires was a born innovator and entrepreneur, to be sure. But his greatest gift was the uncanny ability to recognize and exploit the nascent power of advertising.

"Doing business without advertising is like winking at a girl in the dark," Hires famously observed. "You know you are doing it, but nobody else does."

By 1890 annual extract sales reached 1.3 million units. Although its future looked promising, the company would soon be tested by adversity.

Ironically, the first challenge came not from a business rival but from a presumed ally -- the temperance movement. From the start, the abstemious Hires had promoted his root beer as "a temperance drink for temperance people." But an increasingly militant Women's Christian Temperance Union declared that any product of fermentation must contain some alcohol. The ladies called for a national boycott of Hires Root Beer in 1895.

Hires countered their attack with science. Independent laboratory tests showed his root beer contained no more alcohol than a loaf of bread. Hires broadcast these findings in a national advertising campaign. Although root beer sales dipped for a time, Hires' arguments prevailed. The WCTU called off its boycott in 1898.

A potentially more serious threat was posed, oddly enough, by soda fountains. These popular purveyors of fizzy treats proliferated in the century's last decade, fueled by the growth of Coca-Cola, Dr. Pepper, Moxie and similar beverages. Hires had perfected his root beer at his own drug store soda fountain. But he marketed it primarily to consumers as a concentrate for home brewing.

The growing thirst for soda fountain soft drinks did not portend a bright future for homemade root beer. Hires conceded he was slow to recognize the challenge.

But far from being discouraged, he launched his bid for a seat at the soda fountain with characteristic panache. Not content to merely market a pre-mixed fountain syrup, Hires introduced a revolutionary dispenser that combined syrup and soda water in the exact proportions needed for a consistently delicious mug of root beer.

Dubbed the "Munimaker," the dispenser proved a hit with soda fountain operators. It assured Hires a profitable share of the fountain trade and opened new markets in department stores, YMCAs and other unconventional sites. The company also ramped up bottled root beer sales.

In 1900 he diversified his business by incorporating the Hires Condensed Milk Co. The learning curve for success in this early growth industry proved steeper than Hires anticipated. Although the enterprise was not initially profitable, burgeoning demand, buoyed by the needs of World War I armies, turned the red ink to black. The company became a major producer, operating 22 plants across several states and Canada. Hires sold the business to Nestle in 1918 at a handsome profit. The following year the company purchased a 15,000-acre Cuban sugar plantation and mill.

Despite his considerable business success, Charles Hires refused to let corporate concerns rule his life. He was a devoted father of five, a pillar of the Quaker community and an early apostle of pure foods. He also found time to indulge his personal passions for harness racing and the theater. The captain of industry remained at heart an experimental chemist, whose attention strayed at times from the demands of business. He spent contented hours in his laboratory developing new scents and flavoring extracts. His fascination with one such flavoring led him to mount a jungle expedition to experience the exotic vanilla bean in its native habitat.

My book recounts Hires' eventful journey against the backdrop of his place and times, America of the late 19th and early 20th centuries. His life and career were inexorably shaped by the dynamic social and economic forces that thrust the nation into the new century. These included the rough-hewn capitalism of the gilded age, the surge of ingenuity that spawned an era of invention, the evolution of the corner drugstore, the rise of advertising in creating mass markets, and the emerging temperance movement.
___________________
Temple University Press